After a week in Texas Wine Country, we were off to the heart of the Hill Country:  Lost Maples and Garner State Park!  On the way, just west of Kerrville, we took a brief tour of Easter Island and Stonehenge.  We drove Route 39 from Kerrville to Lost Maples which was a lovely country drive. 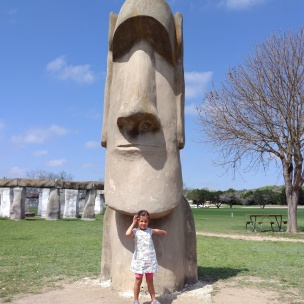 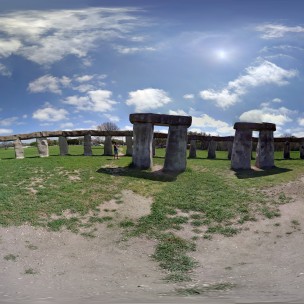 Lost Maples is a small state park just north of Vanderpool, Texas.  It is the only place I know of in Texas that actually displays fall foliage.  It is a beautiful, secluded park that is great for hiking.  The park also tested our ability to go ‘off-the-grid’ since it was our first time with no internet or cell service! Aaarrrggghhh!

We took in the first major hike of our journey at Lost Maples.  We also discovered that Adele is really a small mountain goat disguised as a 4 year old girl .  The 4.5 mile hike along the Eastern Trail took us up one side of a mountain and down the other.  Adele loved climbing, of which there was plenty.  But she got a bit bored along the flat stuff, so I carried her on my shoulders for the easy stuff.  Overall, a successful first major hike in a beautiful park. 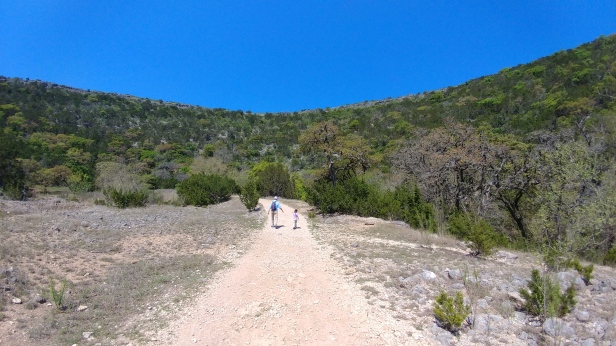 The next day way stopped at a small winery outside of the park, Lost Maples Winery.  Since we were out in the middle of nowhere, we were the only people there.  The owner, Texas Tom was a retired musician / music store owner / car dealership owner, who decided to start a winery in his late 60s.  We were regaled with tales of his adventures in the music business and a full explanation about how he got into the wine business.  He was a super nice guy, who was very informative and made some awesome red wines.  I highly recommend a visit if you’re in the area. 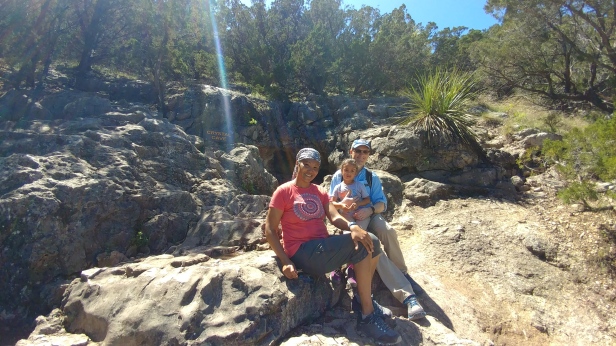 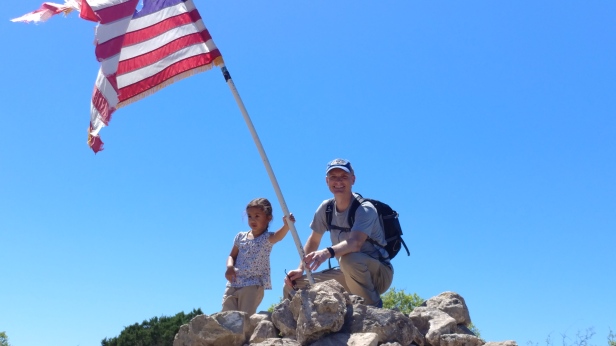 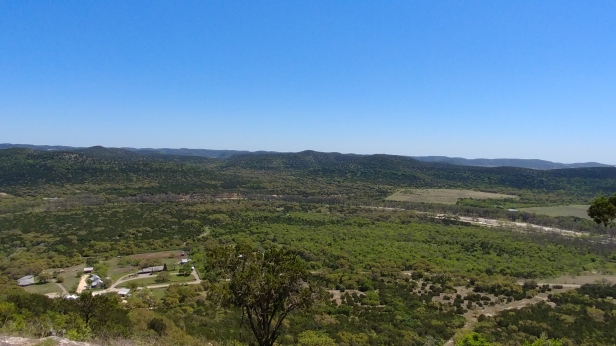 That is it for the Texas Hill Country.  Both parks were lovely and worth a visit.  Now we are off to Big Bend!

One thought on “Go Take a Hike!”