There are two ways most RV’ers travel to Alaska.  For the full experience, many start at mile zero on the Alaska Highway in Dawson Creek, British Columbia, travel through Whitehorse in Yukon, then continue back into the United States.  That, my friends, is a very long drive of approximately 1700 miles.  We chose to take the ferry to shave off some of the driving and started out from Skagway.  To do this, you have to travel back into Canada and drive through Yukon.

Yukon is a beautiful, vast, and desolate place.  Because it is sparsely populated, it felt like we were the only ones traveling through.  We spent two nights in Yukon. 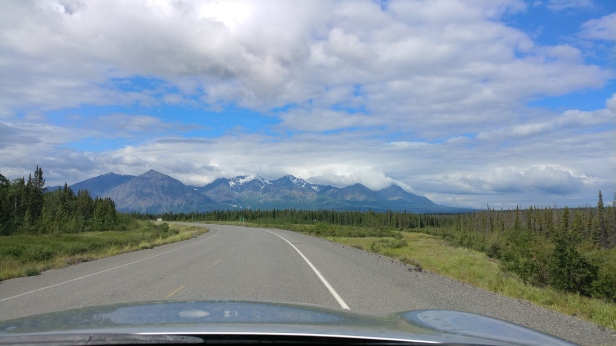 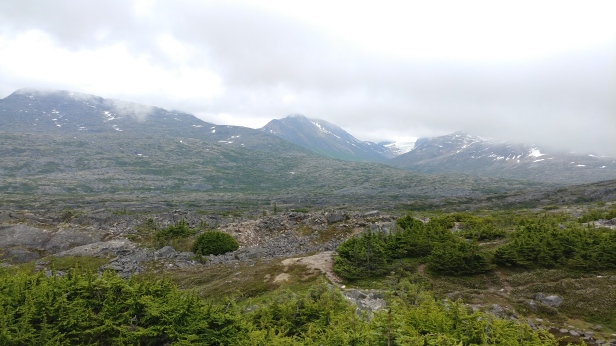 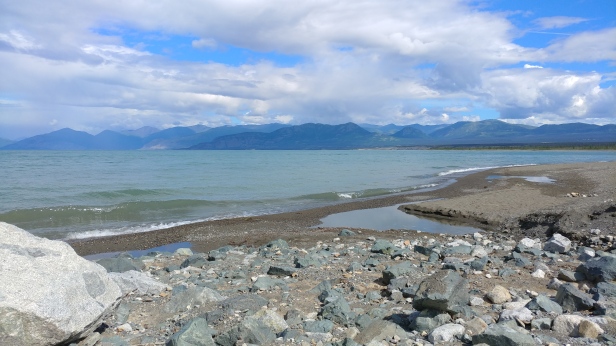 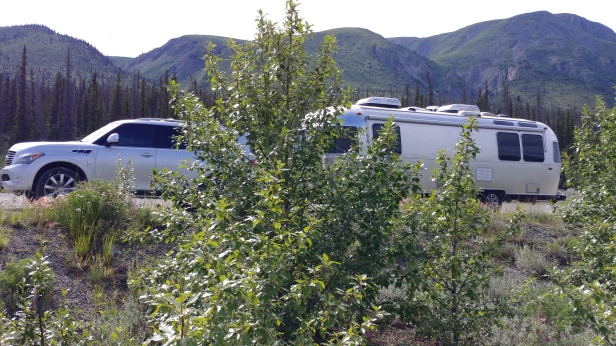 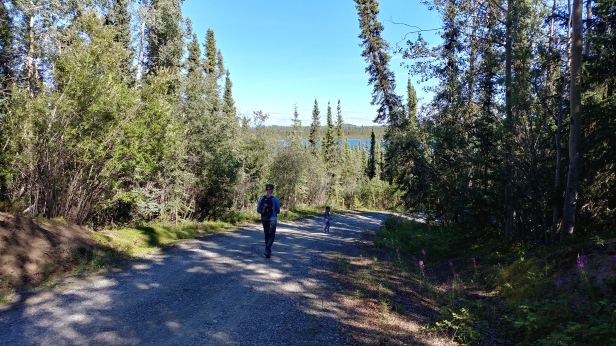 The end of the Alaska Highway is in Delta Junction. 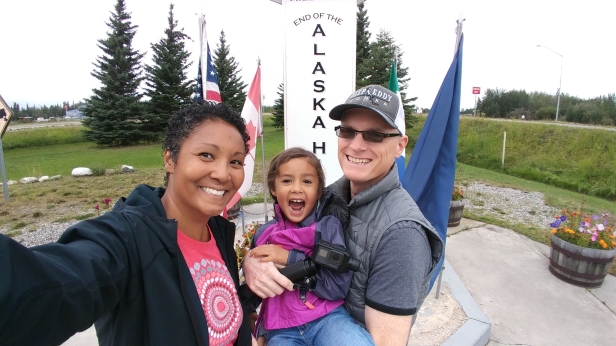 We had heard the mosquitoes would be bad in Alaska but these were the only ones we saw. 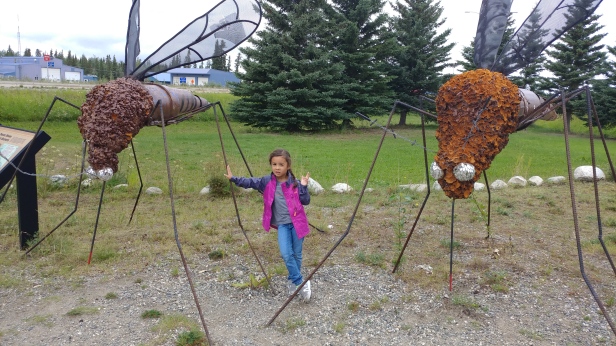 Our first stop was Fairbanks where we visited the Large Animal Research Station (LARS).  Affiliated with the University of Alaska,  LARS maintains a colony of muskox and reindeer.  My primary interest in visiting LARS was to obtain qiviut, the wool produced by muskox.  Qiviut is warmer than sheep’s wool and softer than cashmere.  It is highly prized among knitters and fiber artists. 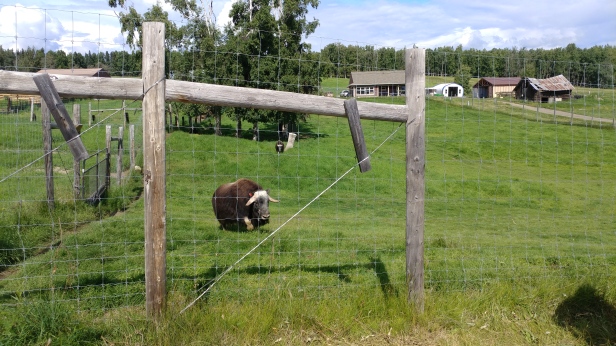 Did you know that reindeer are domesticated caribou? 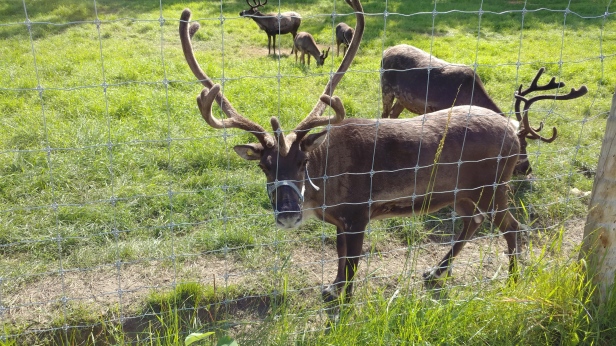 After Fairbanks, we moved south to Denali National Park.  Denali National Park is the home of Denali, formerly known as Mt. McKinley, which is the highest mountain peak in North America.  Denali is large enough to create its own weather and is usually hidden by clouds.  I wanted to make sure we saw it so we took a flight to get up close and personal. 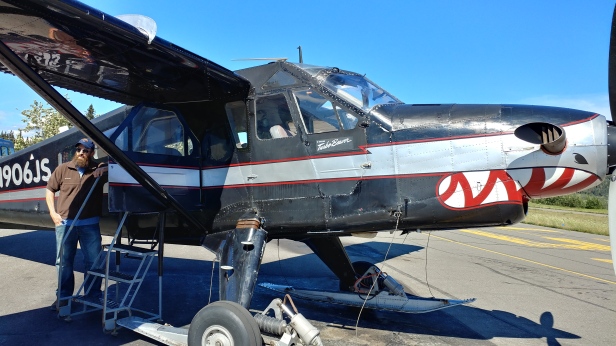 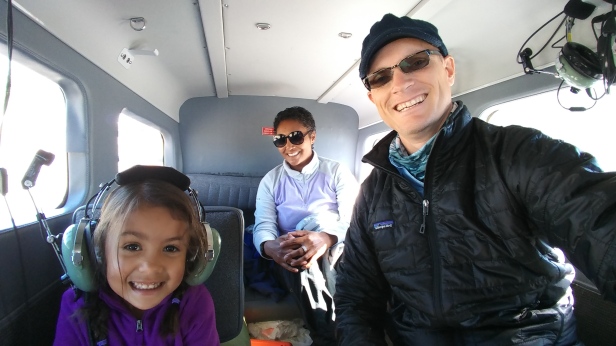 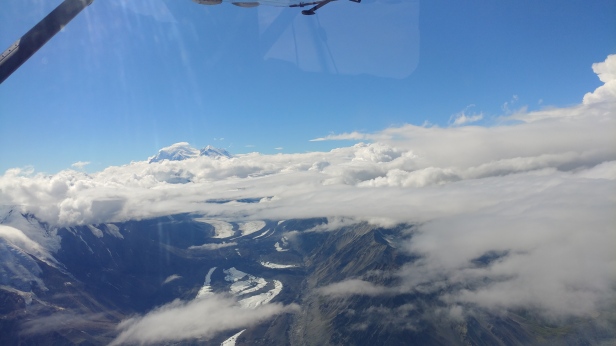 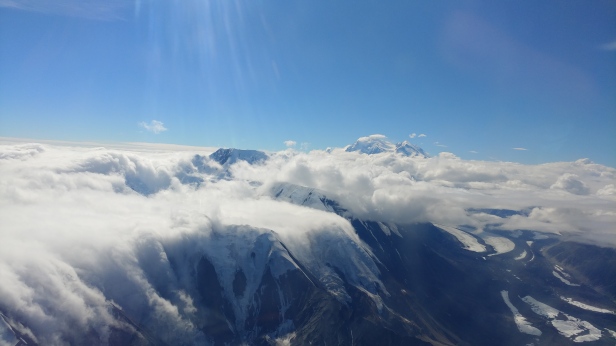 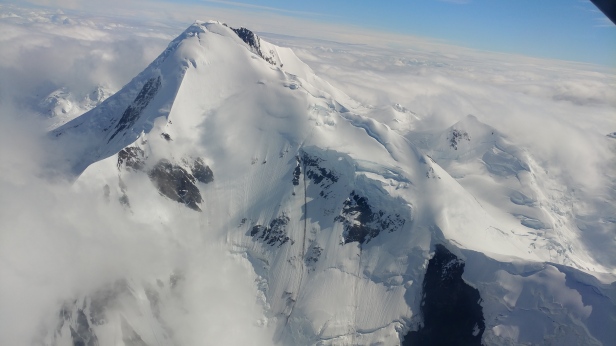 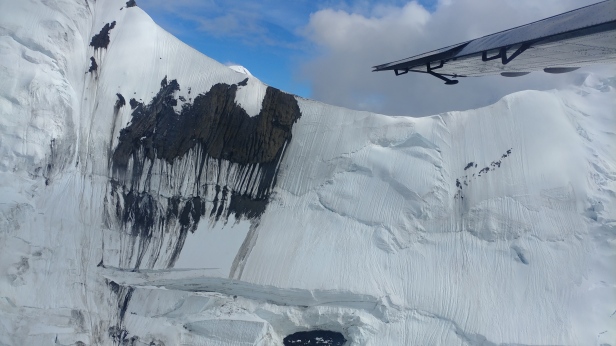 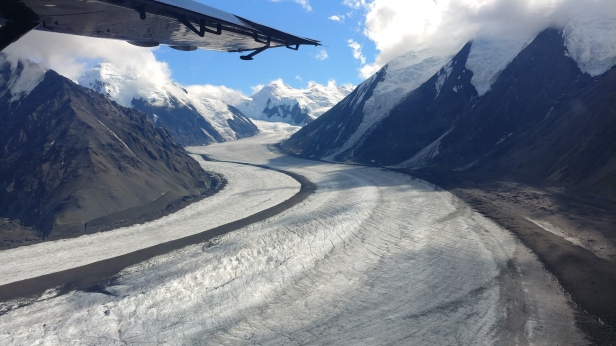 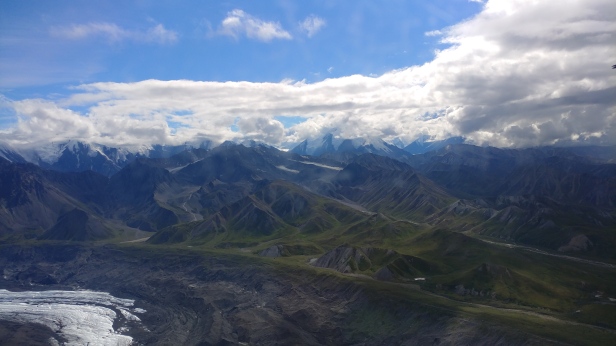 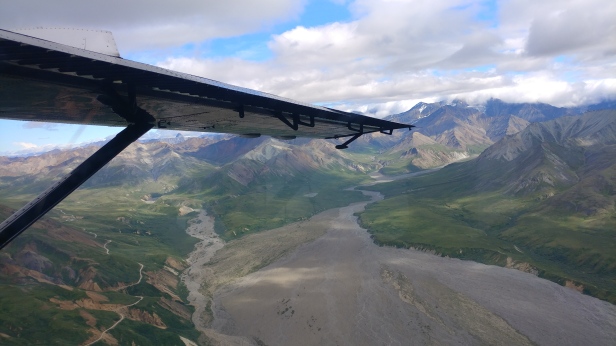 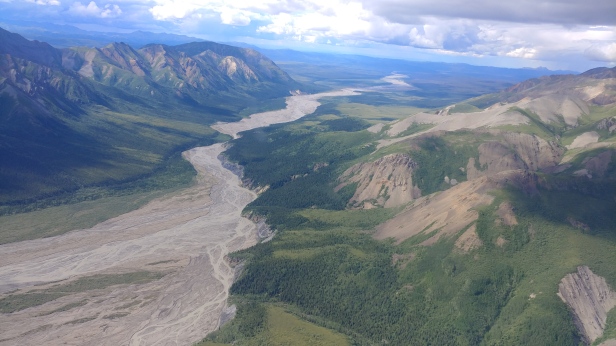 We camped four nights inside the national park.  Visitors can only drive as far as mile 29 into the park and in order to go that far in your vehicle, you must have reservations at Teklanika campground.  There are campgrounds further inside the park but they are only accessible by bus.

The area around the mountain was clear on one day we were camping. 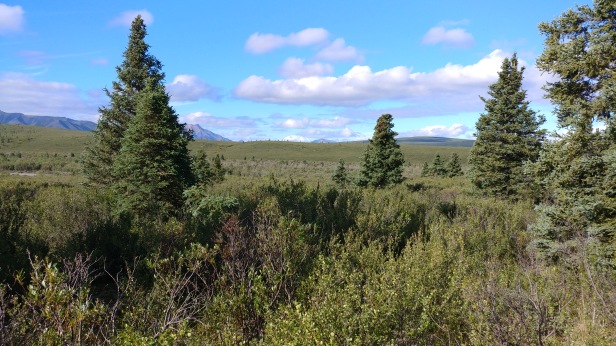